Baseball, Painting and Me 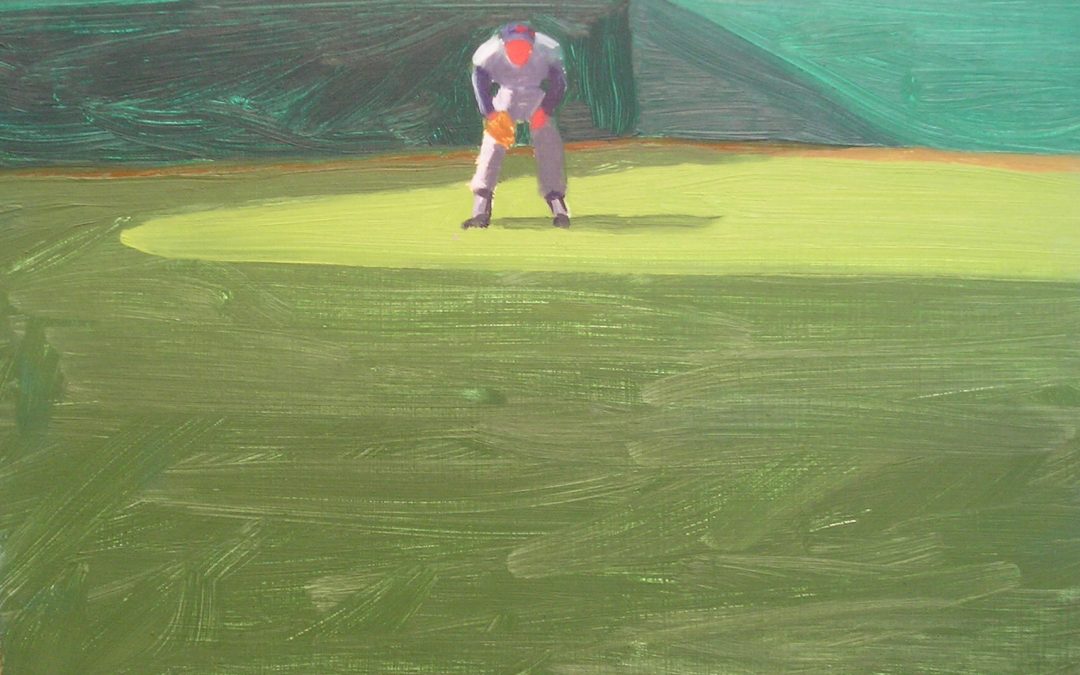 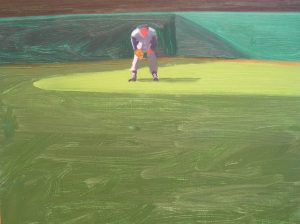 During the spring of my first year in graduate school I went down to Baltimore with a friend to watch the Orioles play the Red Sox at old Memorial Stadium. The light on Red Sox center fielder Rick Miller caught my eye. Upon returning I made a small sketch; it couldn’t have taken more than half an hour. Some days later Neil Welliver, my teacher and mentor, walked into the studio for a critique. Of all the paintings I had worked on for days, even weeks, he focused on the sketch. “I like the psychology of that” he said emphatically pointing to “Deep Center”. A door suddenly opened to a whole world of painting possibilities. My love of baseball and painting came together. That one little sketch had a quality and depth (psychology?!) that was particular to me and, I soon found out, connected with others.

That was more than twenty five years ago and I have continued to paint baseball subjects. It has been a struggle to keep the work original and not compromised by the conventions of the genre. I once had a chance to ask Roger Angell, the great baseball writer, if he felt constricted by the subject, and he said it was actually the opposite. The first time he wrote about baseball (at age 40!) he felt he was at last writing about himself. It was a great relief to realize being categorized wasn’t such a bad thing.

I still love going to games and watching the light and geometry of the game play itself out (the new Citizens Bank Park in Philadelphia is magnificent). It is a visual feast and that is what I try to communicate in my paintings.