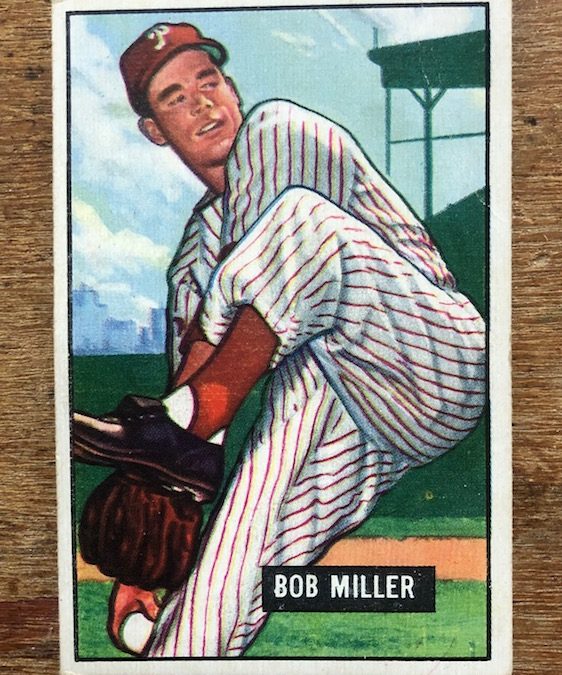 Bob Miller might appear to be the definition of mediocrity as a major league pitcher, but his baseball card is perfection. His career record was 42 and 42. He pitched 10 years, all with the Philadelphia Phillies. In 1950 he went 11 and 6 and was instrumental in helping the “Whiz Kid” Phillies shock the baseball world by winning the NL pennant. He had a decent career ERA, and after hanging up the glove went on to be a very successful pitching coach.

His card, however, is anything but run of the mill. It opitimizes the 1951 Bowman set. It is flat out beautiful. The color and compositional balance between stylization and detail is perfection. It is simply a pleasure to look at and to dream one might someday inhabit this perfect visual world of stadium, well manicured ball field, major league uniform and youthfull health and vitality. To say nothing of the money and the girls!