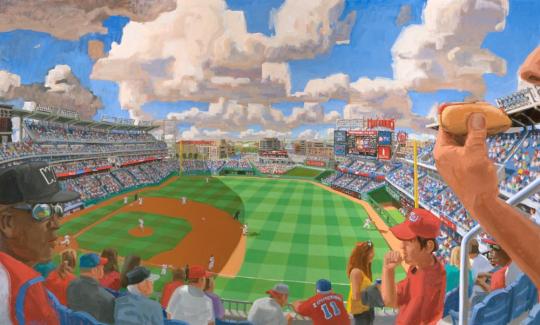 Professional baseball in Washington D.C. has been a notoriously mixed bag. “First in war, first in peace, last in the American League“ was the old saw. And it was true, sort of. The first incarnation of the Senators/Nationals franchise came in last place 9 times in 60 seasons. They also won three pennants, the 1924 World Series and had arguably the greatest right handed pitcher of all time, Walter Johnson. Since then they’ve fared far worse, two different franchises, one in each league, inhabiting the cellar 8 out of 16 seasons with no post season appearances. That hasn’t stopped new owners from building them a state of the art ballpark and investing millions of dollars in a rookie pitcher, Stephen Strasburg and free agent outfielder Jason Werth. Perhaps greener pastures and more victories are ahead. One thing is for sure, fans are treated to a state of the art facility with all the bells and whistles. Nationals Park sits on the south side of the Potomac, easily accessible by Metro and has a view of the Capitol from the upper decks, all in all a wonderful place to watch a game.

I opted for a positive outlook in the BallPark Project painting of Nationals Park, even going so far as to sub in a western sky from personal favorite artist Maynard Dixon. It didn’t start out that way, of course, but through the twists and turns of its execution the painting became more and more symbolic of a rose colored glasses view of our capitol city and national pastime.

After settling on a viewpoint from the upper right field stands I struggled with the scale and placement of the foreground figure. Old friend John (Brandy) French was at my side during the research phase of the project. Somehow the image of him holding a hot dog seemed appropriate and funny. 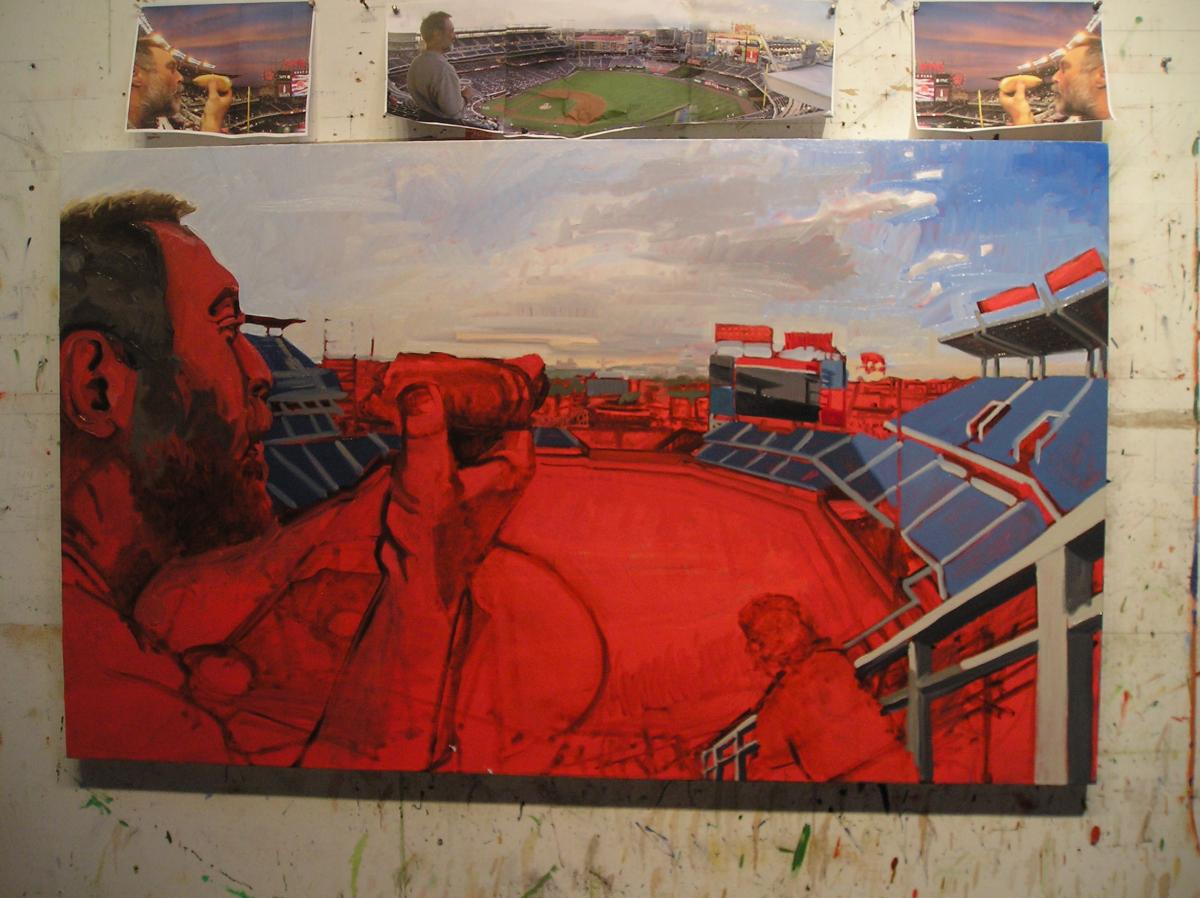 But how big, and where? It was the addition of the Dixon sky that somehow organized the foreground by lowering the horizon and relegating Brandy to the far right, only his arm, hand, and shnoz visible. 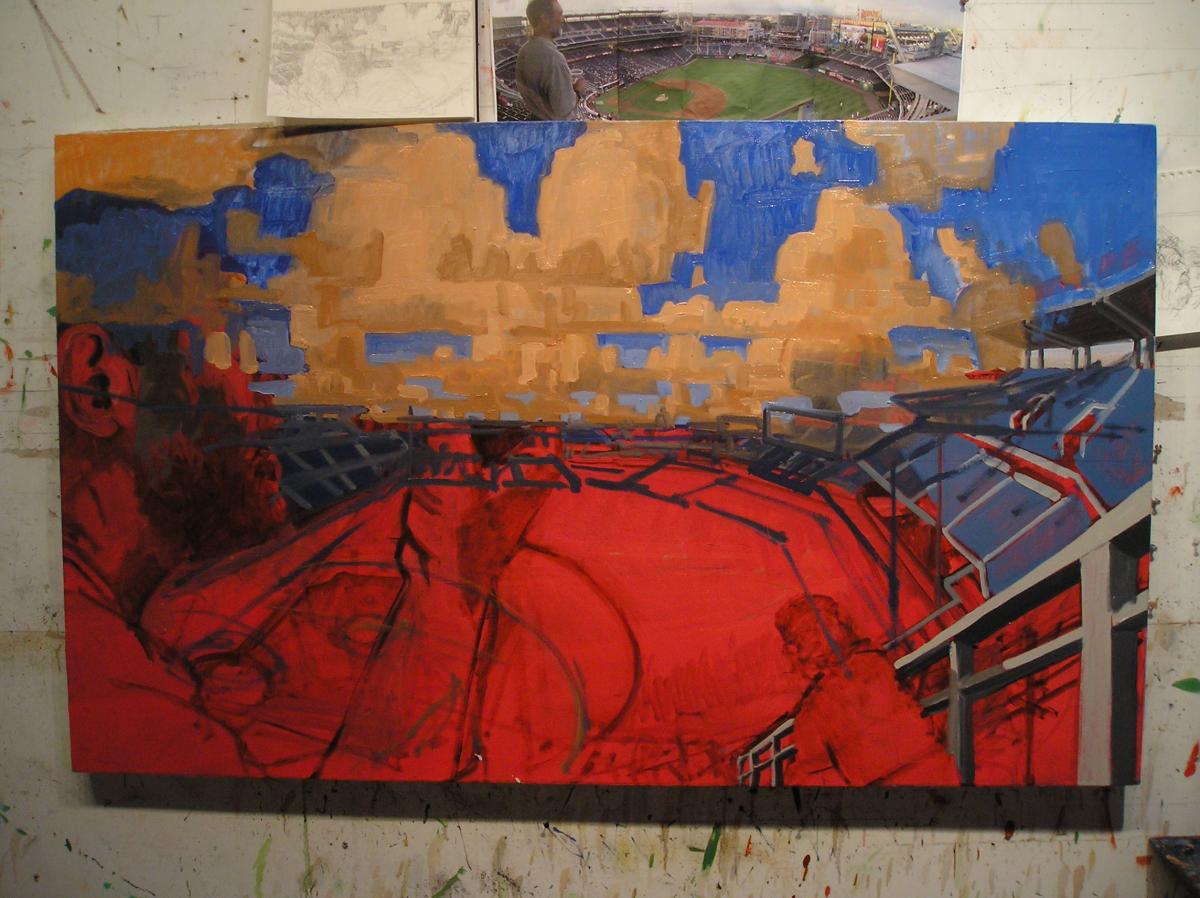 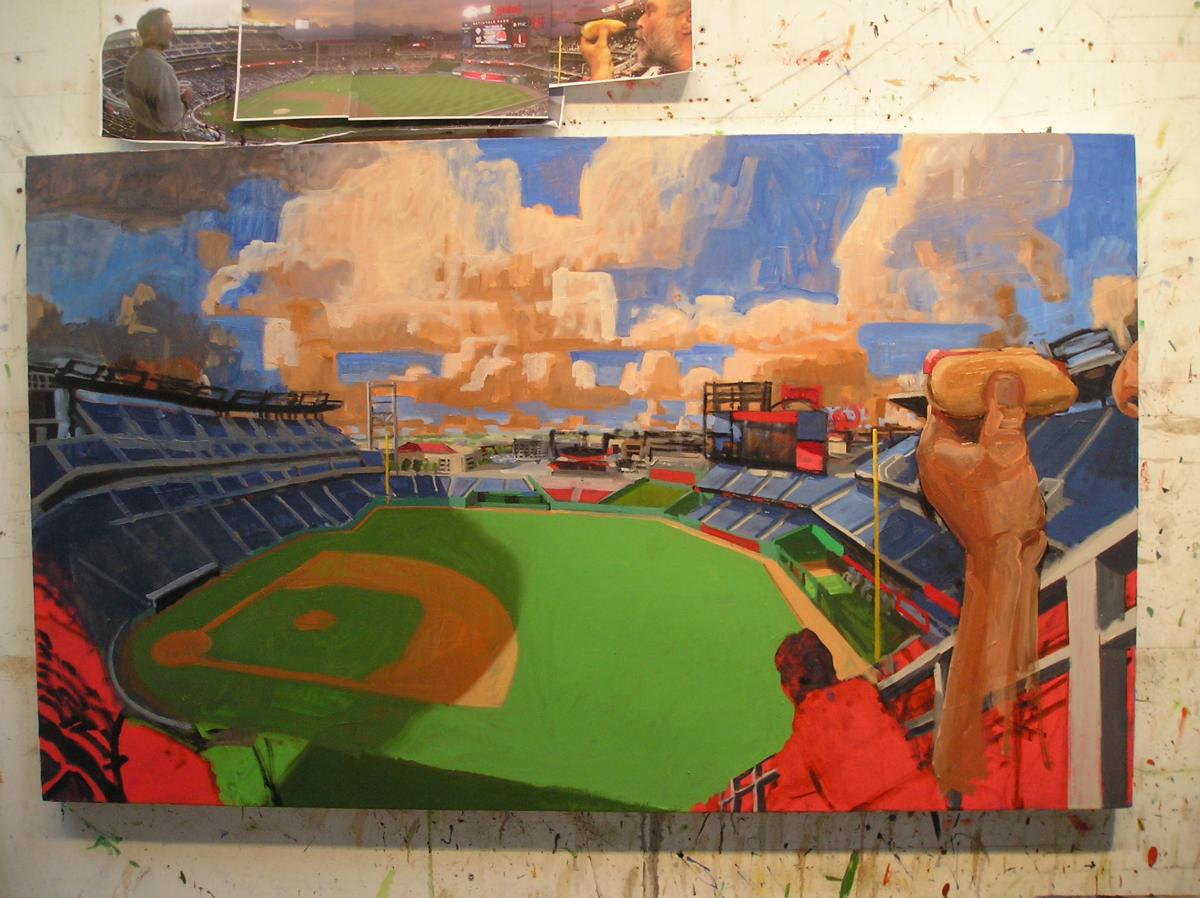 But moving the figure to the far right and cropping it so radically created a problem. The painting had a righthanded bias and needed a visual anchor on the lower left.  How about two Brandy’s, one with a beer, one the hot dog? 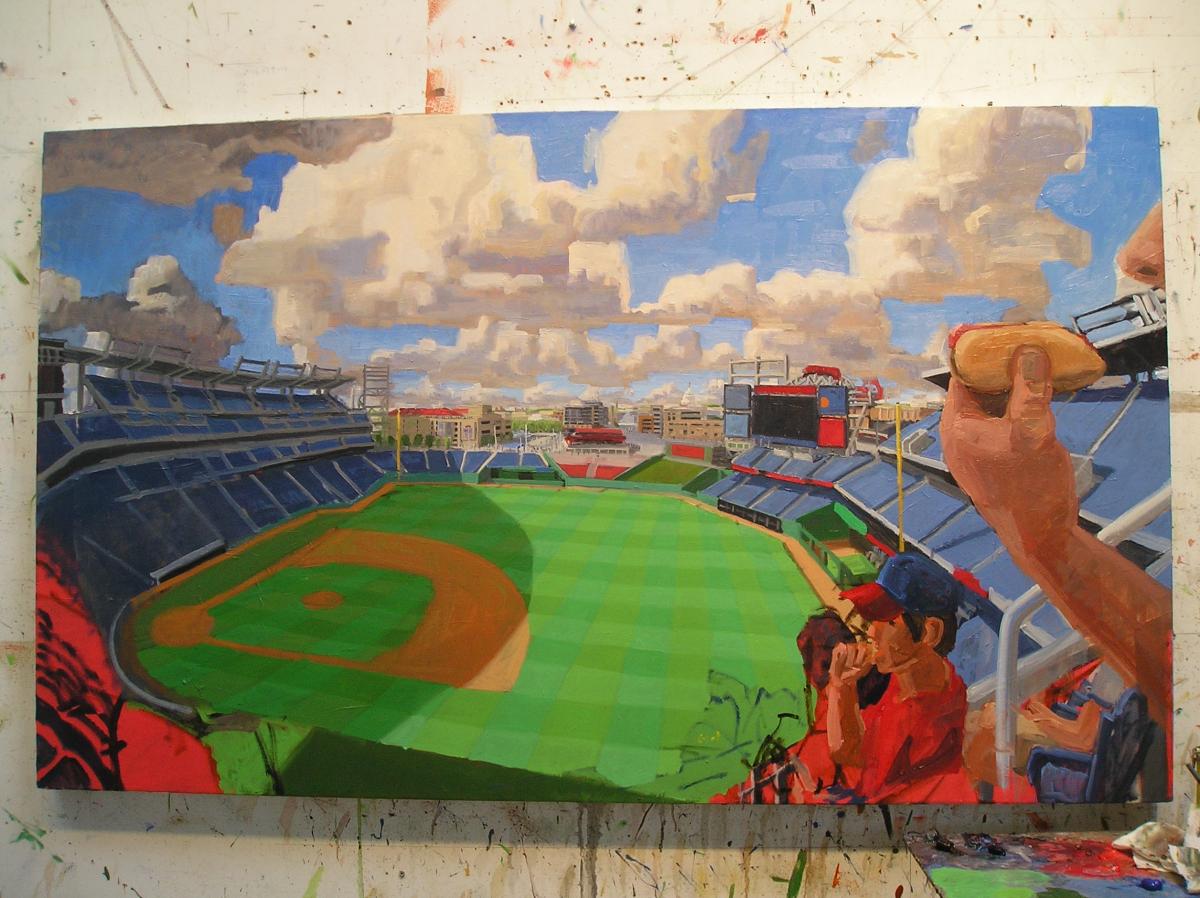 Nah, too much B. French.  Moving the shadow on the diamond from right to left helped, but there was still an emptiness on the left.

Christmas was upon us and serendipitously provided the solution. My Dad gave me a biography of Satchel Paige, the great pitcher and baseball pioneer. In it I learned a little about the Washington Black Senators of the Negro National League and thanks to the power of the internet was able to see a logo of their hats, and my problem was solved. 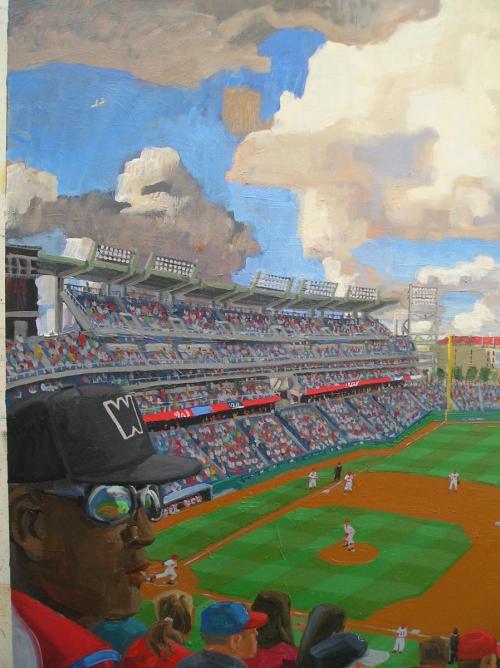 All that was left was to paint in about 40,000 fans (again, the rose colored view of things) and the game action- Adam Dunn hitting a game winning homerun against the Phillies, which is exactly what happened when Brandy and I were there. Washington baseball fans are hopeful it is a harbinger of things to come, “First in war, first in peace, First in the National League East”.